How Saint Agnes escaped the flames: the resilience of a little Roman girl 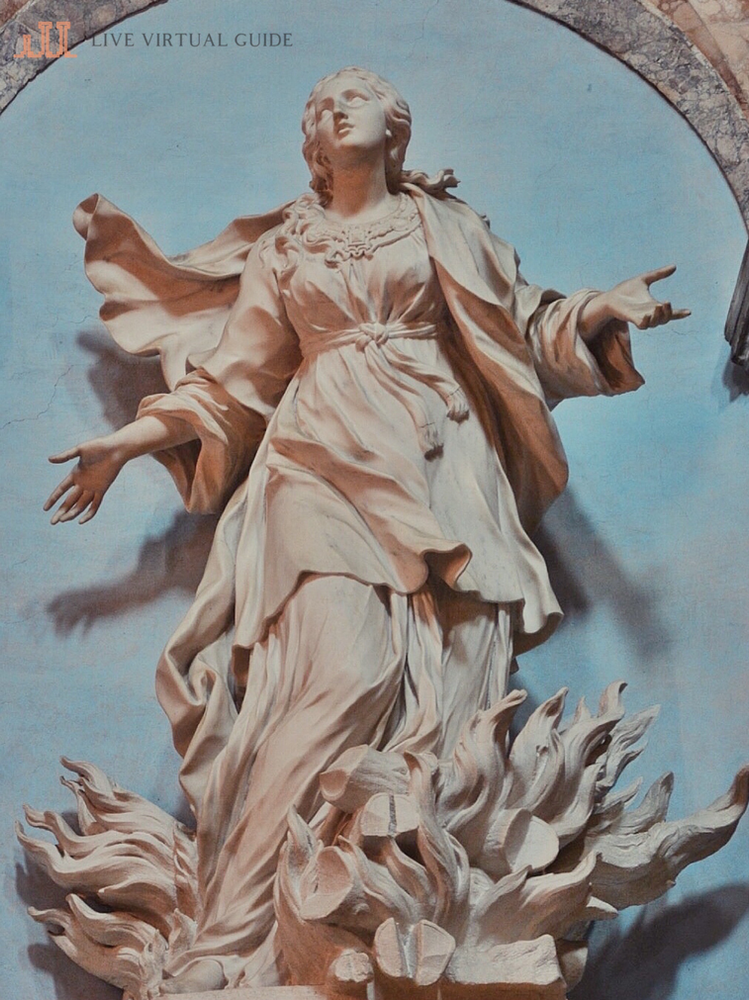 Who was Saint Agnes?

St Agnes is one of the “child-saints” that Romans have been more fond to, together with St Cecilia.⁠ ⁠When you are planning on things to do in Rome, discovering the story of St Agnes is something you should try to include in your bucket list. In fact, she is connected to one of the places you certainly won’t miss on your visit: Piazza Navona.

So.. what happened to Agnes? She was a 12-year-old Roman living during the time of the emperor Diocletian. She was persecuted because she converted to Christianity, and forced to prostitution under the arches of the Colosseum. But she prayed, and every time a customer got closer, a lightning would strike him! ⚡⁠ ⁠

Curiosity: why at the Colosseum?

Because the majority of the spectators of the Colosseum were men. Prostitutes would wait for their customers under the arches of the ground floor, which were called fornix. And this is where the word “fornication” comes from.
Anyway, after the failed attempt of the Roman soldiers to punish her at the Colosseum, they decided to put her on a fire pyre to execute her. They brought her to Piazza Navona and placed her on a pyre where the church of st Agnes is located today. They took her clothes off and left her naked.. but she prayed and her hair grew covering her whole body!⁠ ⁠The statue we see here is obviously not naked because it is in a church, but it does give us an idea of what happened next.

The Roman soldiers put the fire on. Agnes prayed and prayed.. and the flames parted away,
without touching her! ⁠(As it is happening in the statue).Eventually the Roman soldiers had enough of Agnes resilience and faith, so they took a knife and cut her throat. This time they succeeded in killing her..⁠ ⁠ Because of the way she was killed, Agnes is usually represented in paintings together with a little lamb, because that is how lambs used to be killed.⁠

By the way, this statue was made by Ercole Ferrata, one of the apprentices of Gian Lorenzo Bernini. When you had such a teacher, how bad can you be? :)⁠ ⁠

You can find it in the church of St Agnes in Piazza Navona.⁠ ⁠